Former banker, Paul Morrish rubbed shoulders with sports stars, celebrities and royalty during his successful career with one of the high street banks – but these days he spends as much time as he can helping the homeless on the streets of Exeter.

Paul is a committed Christian and part of the present hierarchy at Exeter Network Church (ENC), which focuses much of its work on the needs of the poor and vulnerable in the community. He is also director and co-founder of a wealth management company which employs 600 people in offices across the UK, handling 8 billion worth of client investments. Paul has bought 56 companies in seven years to help build that business.

A passionate Exeter City supporter he was appointed to the club’s board in 2006 and helped deliver the business plan which saw the Grecians regain Football League status in 2009. He is currently a non-executive director of the club and also several local businesses.

Away from the worlds of business and football, Paul is also a key member of Street Chaplains in Exeter and led teams during the pandemic in helping the homeless who were temporarily housed at the Great Western Hotel. Paul said: “We visited the hotel during the week and particularly on Sundays and just built relationships with the people who were staying there.

Through sharing who Jesus is and what He has done, we saw a number of those men and women come to faith in Jesus and step into a place of hope. “We built some great relationships as a result and now that many of them are back on the streets we do a walking version of our outreach to them. I try to go out three or four times a week to see them if I can.”

Part of Paul’s work at ENC also involves a project called Hungry, which provides a walk-in breakfast on Sundays for the homeless and those on the margins of society at Sidwell Street Methodist Church. It was suspended during the pandemic but was relaunched again in May this year.

“My own faith journey has clearly shown me that God has a plan for each and every one of us. Our life is never too hopeless”

Paul said: “It’s all about community and relationships It’s about building that bridge from hopelessness back to hope. We have seen that showing care and compassion for people’s situation builds trust, which in turn deepens relationships.”

Paul, 55, was brought up in a Christian family in Exeter and committed his life to Jesus at the age of nine at an evangelical crusade held at Whipton Showground. “I still have the little Bible I was given at the time as well as the card I signed to show that I had given my life to the Lord.”

On leaving school Paul went to Bradford University to study Economics and French – and was totally unprepared for life as a student. “I had led a pretty sheltered life until then – I had never been in a pub nor experienced the excesses of student life.”

But it was while at university in Bradford that Paul came to a turning point in his life – and his faith journey. A keen footballer, he was among the crowd on the fateful day in May 1985 when the main stand at Valley Parade caught fire. A total of 56 people died and more than 250 were injured.

Paul said: “I went along to enjoy a football match and ended up witnessing horrific scenes of people on fire and literally dying in front of me.

“Later that day and still in a state of profound shock, I remember thinking about the fact that my grandmother died earlier that year and I was too up myself to go to the funeral. I suddenly realised that death was real and you can tomfool your way through life but at some point – and not of your own choosing – you are going to meet your end. “It was a huge wake up call and I started to grapple with the big things of life, like who am I and what am I going to stand for.”

After university he joined Barclays graduate training programme and was posted to Monte Carlo where he was part of the team that established Barclays Private Banking, aimed at wealthy clients. “I had no clients, so I had to go out and find them,” said Paul. “I visited Princess Stephanie’s house and met so many celebrities and famous sports stars during that time. It taught me a lot about the pointlessness of money and wealth. There was a huge amount of emotional and human void there. A lot of people led a pretty vacuous existence.”

Paul, who is married with two grown up daughters, spent a total of 17 years with Barclays, ending up as managing director of its retail division. He also looked after Barclays sponsorship of the Premier League at the time. He then moved back to Exeter in 2005 and set up his own consultancy business, eventually joining forces with someone introduced to him by an Exeter businessman and friend to create Succession Wealth, which is now the UK’s largest independent wealth management and financial planning business.

Paul’s Christian values and ethos have been central to his business and personal life. He views the workplace as a place to glorify God and recognises the importance of putting purpose and people before profit. He dedicates much of his time in supporting and mentoring young people and helping them to see the path to achieving their full potential in life.

Paul added: “My own faith journey has clearly shown me that God has a plan for each and every one of us. Our life is never too hopeless. Our calling as Christians is to make God’s love a reality for those that don’t know Him and declare what He has done through Jesus Christ that makes Him so worthy of living for.”

This article was first published in Lifelines Exeter. Download the complete newspaper for more Devon-based testimonies.

Chris Girdler and his wife Debbie decided to ‘escape the rat race’ in the late 80s moving from London to Honiton to set up their own publishing business and start a family. Chris had previously spent nearly 20 years in journalism and corporate communications. While attending Honiton Baptist Church a ’Damascus Road’ experience in 1990 led Chris to give his life to Jesus and about a year later the Lord gave Debbie a picture of a ‘Good News’ newspaper. After a series of miraculous developments the first edition of ‘Lifelines’ - a testimony based tabloid - was launched in 1993 with 90,000 copies distributed by the Royal Mail to homes in Devon, Dorset and Somerset. In the ensuing years around four million copies were distributed across the South West. It was through Lifelines that Chris and Debbie met up with Chris Cole and his wife Kerry. They became close friends, sharing a Kingdom view on Christianity and the Gospel. In 2000 Chris and Debbie relocated to Plymouth, merging their publishing business with Cornerstone, which Chris and Kerry founded in the 1980s. Since moving to Plymouth they have produced several editions of Lifelines, the most recent delivered to nearly 100,000 homes in the city and beyond in the middle of the pandemic. Plus the Exeter Lifelines was distributed by Royal Mail to 43K local households. Lifelines has recently been brought under the spiritual covering of Alive in the Spirit Charity. 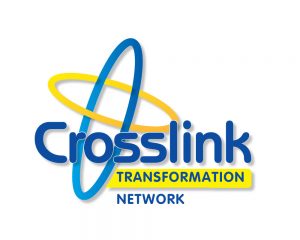